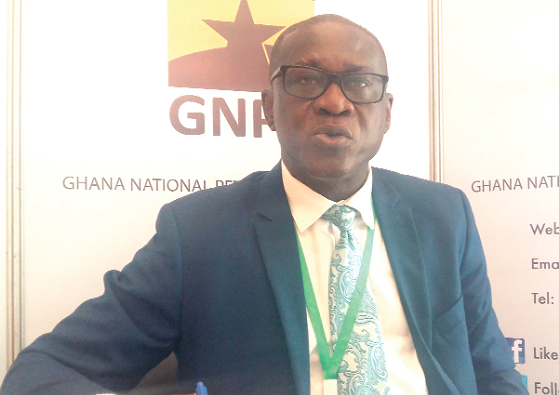 Contrary to earlier speculations that the country’s oldest oil producing field at Saltpond will be revived, the Ghana National Petroleum Corporation (GNPC) has said it has initiated the process to decommission it.

According to the GNPC, the actual process will start after the decommissioning plan has been finalised by a consultant and approved by the Minister of Energy.

The General Manager, Geoscience, GNPC, Mr Benjamin Kwame Asante, in an interview on the sidelines of the just ended 2018 Ghana Gas Forum, said although operations had ceased at the field, there was a skeletal staff maintaining it ahead of the decommissioning.

“What is happening now is that we have gotten a consultant who is helping us to prepare the decommissioning plan.

The plan will indicate what we need to do as far as the whole process is concerned.”

“It was started in March and we hope by the end of October, we will finish the plan and send to the minister for approval.

If the minister approves, then we can roll out what is in the plan by first getting a decommissioning contractor, then we go according to the plan to decommission,” he said.

The Saltpond Oil Field was the first oil-producing field in the country and is located about 65 miles west of Accra and operated by the Saltpond Offshore Producing Company Limited (SOPCL).

He said the Petroleum Commission, which is the regulator of the upstream petroleum sector, has also backed the decommissioning of the field, describing it as a death trap.

“We have stopped operations but at least we have some skeletal staff. The rig is a kind of death trap and there has been problems with it so we need to decommission it,” he said.

The Public Interest and Accountability Committee (PIAC), the committee which has oversight responsibility on the prudent use of oil revenues, has over the years called for the immediate shut down of the field.

Describing the continued use of revenues to pay for the emoluments of staff and maintenance of parts of the plant as not prudent, it recommended that the GNPC speeds up the process to decommission the field.

Explaining the rationale for maintaining the skeletal staff on the platform, Mr Asante said the platform cannot be left idle, hence the need to maintain it until the process of decommissioning was completed.

“Some machines are working so engineers have to maintain it until it is decommissioned. You cannot just abandon it and leave everybody off it.

There should be people on it to man and maintain it, that is why there is a skeletal staff until we are ready to decommission,” he said.

He added that the staff on the rig was not up to 10 and once the rig was there awaiting decommissioning, it had to be maintained and safeguarded for security reasons.

The 2017 half-year report of PIAC stated that the GNPC spent about US$74,192.57 paying emoluments for staff and maintaining the field between January and June 2017.

“The Saltpond Field remains shut down, still awaiting decommissioning. In maintaining GNPC’s skeletal staff on the production platform, the corporation spent US$74,192.57 on staff emoluments and maintenance-related costs.

“The GNPC should, as a matter of urgency, complete the decommissioning of the Saltpond field as the cost of funding skeletal staff in the Saltpond Offshore Producing Company Limited (SOPCL) is not a judicious use of resources,” the committee’s report said.

The current Petroleum Exploration and Production Law (2016), Act 919 has provided for the setting up of a decommissioning fund.

This means that any company operating in the upstream sector is supposed to devote a percentage of its oil revenues into the fund to ensure that resources are available should there be a need to decommission their production platforms but this is ,however, not available for the Saltpond Field. — GB