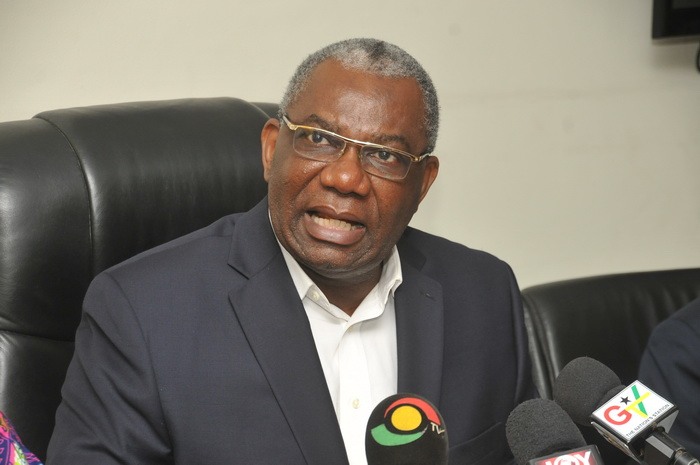 The Minister of Energy, Mr Boakye Agyarko, has hinted that the government is considering abrogating the $510 million AMERI power deal because it is not in the interest of the country.

At the Mines and Energy Committee of Parliament in Accra on Tuesday, he said the country stood to benefit more from the abrogation of the contract.Mr Agyarko said under the contract, both parties could agree to set the agreement aside for renegotiation and they also could push the case for annulment based on the establishment of fraud, malfeasance or any untoward behaviour.
Besides, he said, a party could also push for an abrogation that would incur some liabilities.

“We are examining all of these in terms of the financial implications. It may well be, given the situation as we find it; we may be better off abrogating the contract than letting it run.

“We will run the numbers and make the financial decision based on that,” he said.

The AMERI deal was signed as an emergency power agreement in February 2015, between the government represented by the Minister of Power and AMERI Energy, to ameliorate the country’s power challenges at the time.

A report of the committee set up by the current government and led by a private legal practitioner, Mr Phillip Addison, to investigate the deal, disclosed that it found technical and financial lapses in the contract.

Thereafter, the Member of Parliament for Adansi-Asokwa, Mr K. T. Hammond, moved an urgent motion for Parliament to rescind its decision to approve the AMERI power deal for gross misrepresentation.

Mr Hammond wants Parliament to rescind its decision to approve the Build, Own, Operate and Transfer Agreement between the government and the Africa and Middle East Resources Investment Group (AMERI Energy) for the installation of 10 GE TM2, 500+ aero derivative gas turbines, operate, maintain, transfer and provision of support services that the House took on March 20, 2015, for reasons of gross misrepresentation.

The Speaker of Parliament, Professor Aaron Mike Oquaye, referred the issue to the Committee on Mines and Energy for consideration and report.

Mr Hammond was before the committee and accused AMERI Energy of gross misrepresentation and unjustifiably ‘pocketing’ $150 million from the power deal with the government.

The former Minister of Power, Dr Kwabena Donkor, and the AMERI Energy executives also appeared before the committee and defended the power agreement with the government, saying it was the best deal for Ghana considering the country’s energy crisis at the time.

He said due diligence was done before signing the agreement and denied the suggestion that the deal was fraudulent.

The company was of the view that the $510m price for a 230megawatts power plant it supplied to Ghana was not over-priced as claimed by Mr Hammond.

Mr Agyarko said the AMERI Energy met with the new government immediately after the elections.

He said the government gathered from AMERI that their main interest was industrialisation and agriculture and that the power deal was just an addition.

He said the two parties had only verbal communications.

Besides, he said, AMERI used higher heat rate than Asogli, which made the Asogli plant better.