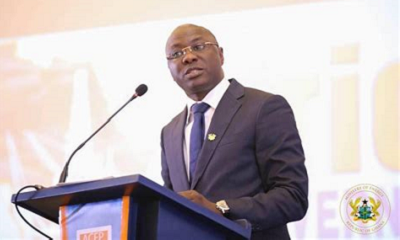 The government is to use the open and competitive bidding process for oil blocks in the country to ensure that only companies with the requisite capacity and financial clout can participate in the upstream sector.

This is to reverse the trend of giving out exploration licences to companies without the relevant capacity, as well as reduce the number of inactive oil blocks in the country.

A Deputy Minister of Energy, Dr Mohammed Amin Adam, in an interview on November 15, said the government had learnt from past mistakes which made the country lose revenue to ensure that it was not repeated in the current process.

To achieve that, he said, companies which expressed interest to own oil blocks would be pre-qualified through a certain criteria before they were allowed to bid.

He said the bidding round involved a number of processes and so far the ministry had invited interested companies to submit their expression of interest to indicate their readiness to bid for oil blocks.

“We do not want the situation where what we call ‘sweet case companies’ will come in as we have seen in the past. They are given oil blocks and they do nothing on the block and do not meet their obligations,” he said.

He said the companies which met the pre-qualification criteria would then be given the opportunity to tender for the blocks.

“We have to learn from that painful experience of giving out oil blocks and not getting oil discovery from those contracts and this is why our focus is to pre-qualify companies and get those that have the capacity to participate in the industry,” he said.

It is estimated that out of the about 17 oil blocks given out between 2013 and 2016, 13 exist without any exploration activity and as a result are not able to meet their obligations.

“I can tell you between 2013 and 2016, the companies that were given oil blocks were supposed to have spent up to US$980 million in meeting their obligations.

As I speak to you, they spent only US$92 million.  It means they were companies that were not evaluated properly.

“But if you evaluated them properly, you would have known that they did not have the money or capacity to undertake oil activities in Ghana. But, sadly, those were the companies that were given blocks,” he said.

Ghana has just launched its maiden open and competitive bidding rounds after a decade of operating a first-come-first-served system (direct negotiation model) of awarding oil and gas exploration and production rights.

The process will begin with the auction of six out of nine prepared blocks in the Tano Basin.

Unlike direct negotiation, an open competitive bidding process is subject to public monitoring and oversight and potentially reduces rent-seeking practices that usually characterise the open-door approach to contracting