The Minister of Energy, Boakye Agyarko, has been relieved of his position.

A statement from the Communications Directorate of the Presidency copied to citinewsroom.com on Monday said Mr. Agyarko’s firing “takes immediate effect.”The statement said Mr. Agyarko has been directed to “hand over his office to the Minister for Lands and Natural Resources, Mr. John Peter Amewu, who will act temporarily as Minister for Energy, until a substantive appointment is made.”

The statement failed to give reasons for his dismissal, but reports indicate that it is related to the renegotiated Ameri deal which alarmed many, including the Minority, who described it as a “stinky” deal for Ghana.

The government has reportedly withdrawn the deal following the uproar.

The Akufo-Addo government took the revised deal to Parliament last week under a certificate of urgency, but the House deferred its deliberation on the contract due to concerns over the cost and value for money.

The new agreement was to extend the current five-year deal with Ameri Energy which is currently operating a 300MW emergency power plant in Ghana to 15 years and bring onboard a new company from Greece, Mytilineous International Trading Company, to manage the plant for the period.

According to the newspaper, President Akufo-Addo was reportedly “misled” into granting executive approval for the deal to be rushed through Parliament.

“Under the proposal, the Greece-based Mytilineos International Trading Company was to assume management responsibility for the AMERI emergency power-generation arrangement negotiated by the past NDC government, in effect extending the original outsourcing agreement by ten years.”

“On his return to Accra on Tuesday from the 53rd session of the ECOWAS Heads of State meeting in Togo, the President quickly requested and received a further briefing on the new deal. This revealed that the agreement to which he had approved on July 31 lacked the requisite input from the Attorney General and the Ministry of Finance. The President had been misled to believe that both departments had assessed the deal thoroughly.”

Though the Statesman newspaper did not name names, some believe that the President held the Energy Minister, Boakye Agyarko responsible for “misleading him.”

But according to the Akufo-Addo administration, it found out that AMERI had shortchanged the government as they presented an overpriced budget, and were overpaid by $150 million.

Under the new agreement,  Mytilineous International Trading Company will take over the management of the AMERI power plant for 15 years.

The new company has offered to pay AMERI an amount of $52,160,560, with the government paying the remaining $39 million to the Dubai-based AMERI Energy to wash its hands off the deal entirely.

The new deal which was sent to Parliament under a certificate of urgency was withdrawn after Ghanaians raised concerns about the cost. 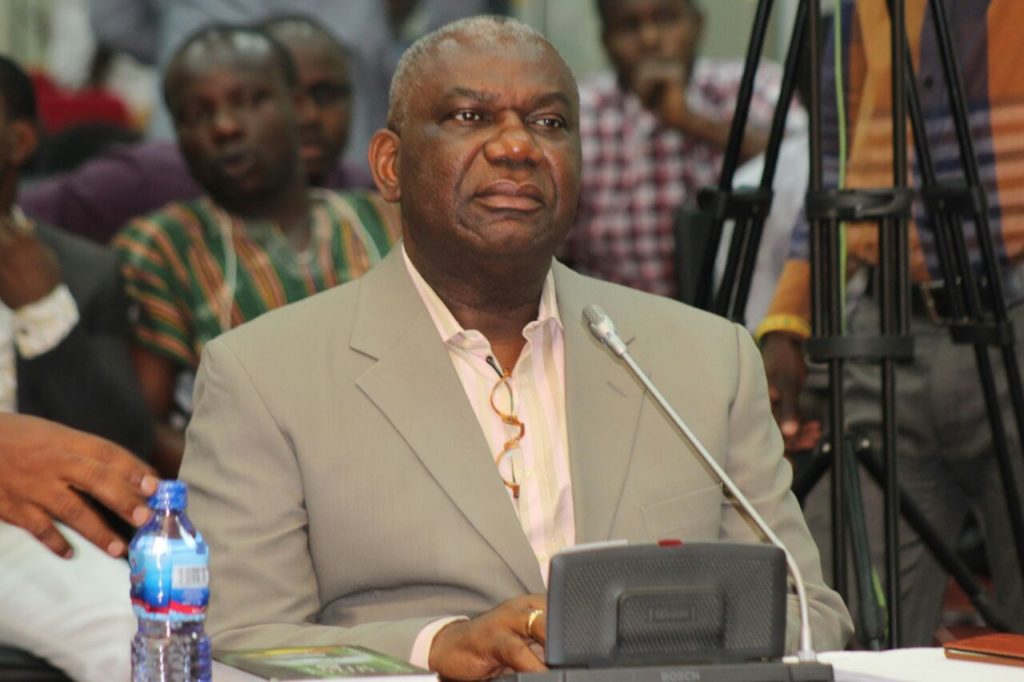 This is not the first time Boakye Agyarko has been named in a scandal in his time at the Energy Ministry. In 2017, Member of Parliament for Bawku Central, Mahama Ayariga, alleged that the then Energy Minister nominee Agyarko had given members of Parliament’s appointments committee GH¢ 3,000 each to unanimously approve him after his vetting.

The allegation which was backed by the Member of Parliament North Tongu, Samuel Okudzeto Ablakwa, and MP for Tamale North, Alhassan Suhuyini, led to a probe by a special committee set up by Parliament.

The committee, which was headed by MP for Essikado-Ketan, Joe Ghartey, ruled that Mahama Ayariga’s claims were baseless, and he was subsequently ordered to apologize, which he did, although reluctantly.

In his State of the Nation Address before Parliament in February, this year, President Nana Akufo-Addo singled out Boakye Agyarko for praise, describing him as tireless for his efforts at the Energy Ministry which the President said were crucial in ensuring stable power supply across the country.

“I am sure that the House shares my relief that dumsor is no longer part of our everyday lexicon. Long may it stay so, as we applaud the efforts of the tireless Minister, Energy Minister Boakye Agyarko”