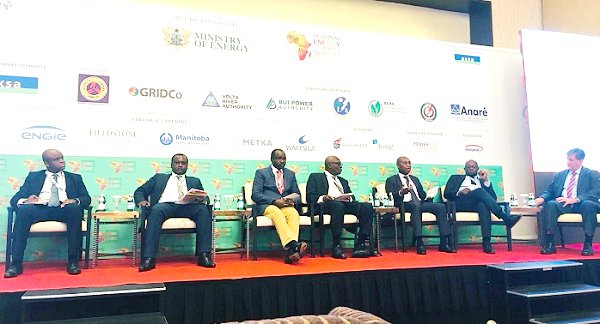 Ministerial panel at the RECS event

Speaking at the close of the three-day summit, the Deputy Minister of Energy in charge of Power, William Aidoo stated that “Ghana for the first time is going to conduct and open a competitive bidding round for the allocation of new oil blocks.”

“We look forward to the formal announcement of the competitive bidding round in October this year. This will pave the way for companies who express interest, leading to bidding and awarding of new oil and gas blocks,” he said.

In accordance with the Petroleum Exploration and Production Act (Act 919), a 23-member committee was constituted and tasked with the responsibility of allocating oil blocks for commercial exploration to local and international companies.

The summit brought together policymakers from the Economic Community of West African States (ECOWAS) and other private sector stakeholders to explore the energy infrastructure in the sub-region.

Mr Aidoo commended the organisers of the summit for contributing to the government’s efforts in deepening the co-operation within the Africa region and the collective programmes and initiatives for energy development.