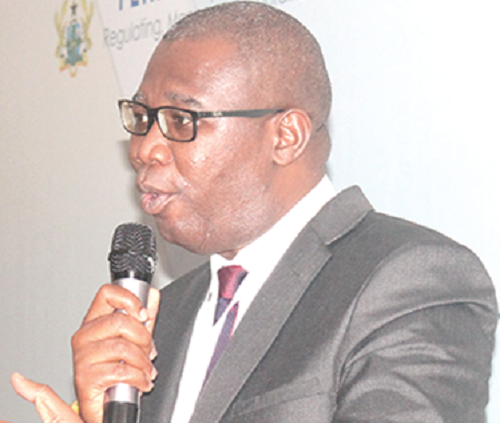 The Petroleum Commission (PC) has uncovered what it says are unhealthy joint ventures between some international and local oil and gas companies in the country’s upstream sector, contrary to the industry guidelines.

During a two-week inspection of 50 out of the 58 oil and gas companies in the Western Region which ended last Friday, the commission found that Ghanaian partners were yet to scale up their skills and shareholding status to trigger a reduction in petroleum costs and associated benefits for the country.

According to the PC, Ghanaian joint venture companies did not understand their obligations or what was expected of them with their supposed partners and existed only on paper.

In most cases, the physical presence of local partners on the premises of the companies was conspicuously missing, it said.

Briefing the media on the outcome of the inspection, the acting Manager in charge of Monitoring and Evaluation at the PC, Mr Rodney Acquah, said the exercise was in accordance with Section 51 of the Petroleum Exploration and Production Act 2016, Act 919.

During the inspection, he said, the commission set out to evaluate key criteria, such as the effectiveness of the joint ventures, status of secession plans and compliance with Act 919, as well as safety, health and environment, as stipulated in LI 225/8.

Act 919 empowers the PC to carry out the supervision and inspection of businesses. Under the act, the PC can enter any area, structure, platform, vehicle, installation, vessel, aircraft, facility, office or building used for petroleum activities for inspection.

That will allow for testing or auditing of the works, equipment, operations, records, registers and financial accounts of a licensee, contractor, sub-contractor or corporation related to or used in petroleum activities.

Mr Acquah said even though the commission was not on a fault-finding mission, it would not hesitate to apply sanctions when its legal review team finished its work on the report submitted to the commission.

“I must say the report from the field shows some glimpses of companies not complying with the set guidelines and they will not be allowed to go without sanction,” he said.

He said the law stipulated at least 10 per cent Ghanaian ownership in a joint venture and it was the expectation of the PC and the people of Ghana that as more contracts were won and projects executed, those indigenous companies with 10 per cent interest would scale up in their skills and shareholding muscles to be able to bid independently.

“The 10 per cent is not a one-off thing. If the foreign partner wins contracts in areas they outlined in the partnership to help the indigenous company up its scale, then the Ghanaian firm must also be seen to be growing its equity. We expect companies to grow and not to stay glued to the equity percentage they have at the time of signing their joint venture agreements,” he said.

He expressed happiness, however, with the competitive nature of Ghanaian workers, as evidenced by the employment of some Ghanaians as workers in the joint ventures.
“We want to make sure indigenous companies in the joint ventures do not exist only in the books but are participating effectively in the industry to enhance local capacities and that is the main reason for the permits,” he said.

“However, we have to ask how the joint ventures will translate into the income levels of these workers and the impact on the country’s petroleum costs positively,” he said.