Why Ghana needs an integrated oil and gas port Developing a workable integrated port services to support the country’s oil and gas industry is non-negotiable, if the promise of endless benefits in store for Ghana’s economic transformation beyond the oil revenue is anything to go by.

There is evidence – effective port infrastructures have brought huge benefits particularly for host communities and cushioned the national economies of countries that have dared developed them.

It is in this vein that the regulator of the Ghanaian industry, the Petroleum Commission is combining the promotion and regulation of its mandate to ensure efficient conduct of upstream petroleum operations and allied activities, all in an effort to build a stronger industry for Ghana.

During a recent trade mission to Aberdeen as well as its participation in the Africa Assembly in Paris organized by the Oil and Gas Council, it clearly emerged that Ghana’s Petroleum Commission through its promotion of local industries, desires to see the full utilization of petroleum resources premised on a sustainable operation for the overall benefit of Ghanaians.

At the Africa Assembly in Paris and the trade mission to Aberdeen, Chief Executive Officer of Ghana’s Petroleum Commission, Egbert Faibille Jnr. after selling Ghana’s oil and gas opportunities to global players, was highly praised in his desire to tap into the rich experiences and good examples of other industry players around the globe.

Mr. Faibille Jnr. Even more concerned about opportunities for capacity building programmes for citizens and entire industry to enable participants play critical roles in the upstream oil and gas sector, as well as improve the already transparent and friendly regulatory framework in Ghana. 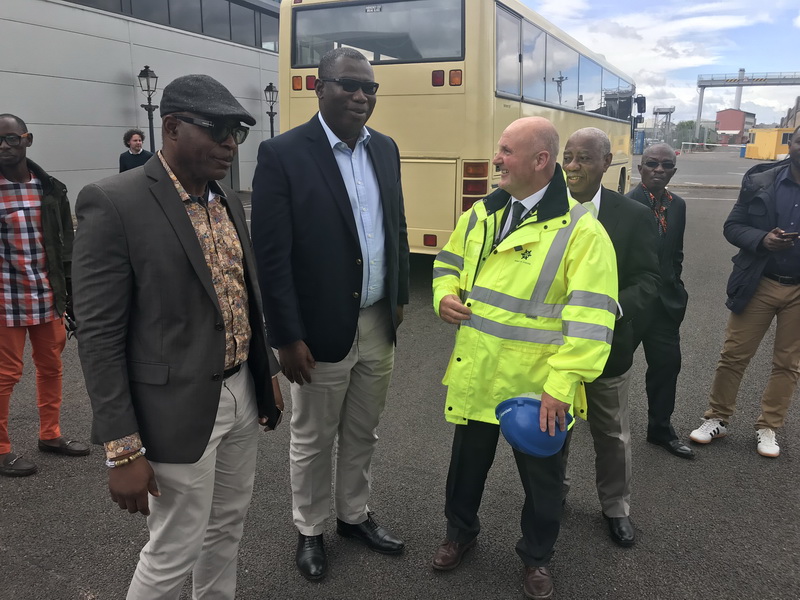 At the Forth Ports of Scotland in Dundee (one of the many critical places to have been visited), officials took the delegation through the proudly guarded history of how the port was inevitable in the commercial success of the city. It was, as the delegation learned, the focal point of a bussing industry for more than nine decades.

The clear lesson was that those success stories could be replicated in Ghana, starting with Sekondi/Takoradi, to Keta and across the three offshore basins in the country by transforming the key towns into strong economic hubs where key operations could be anchored.

The Port Operations Manager of Forth Ports, Mr. Mark Gaffney explained how the port has aided in the city’s strategic role in the fortunes of the Scottish and UK economies and how same success signals beckon Ghana as a potential model for West Africa.

The lack of dedicated, integrated shore-based facilities for offshore operations in Ghana since the discovery of oil paved the way for the invasion of national security installations for such operations since the traditional ports did not have space and were going through expansion.

Realizing the social and economic importance of a dedicated logistics base for offshore operations, the Ghana Ports and Harbours Authority (GPHA), at least began the development of the Port of Takoradi towards achieving helping to achieve its quest to become a dominant oil and gas services hub in the West African region.

The port maintains its conventional port services though, serving as a base for the fabrication and construction of critical subsea facilities for completion of independent oilfields offshore the three basins. The need for an integrated facility is without question.

Again aside Tema, the 700 million-dollar Atuabo Free Port project, which was expected to become operational in 2017 and to serve as a regional hub in promoting safe and efficient offshore business, is yet to even start construction.

For a larger benefit of the country, there is the need for all these players to join forces to meet the requirements of the emerging oil industry to handle detailed organization and implementation of a complex operation offshore.

It is gratifying that the Petroleum Commission, which is the industry regulator, is at the forefront to guide the processes to enhance the much touted indigenization for economic transformation. 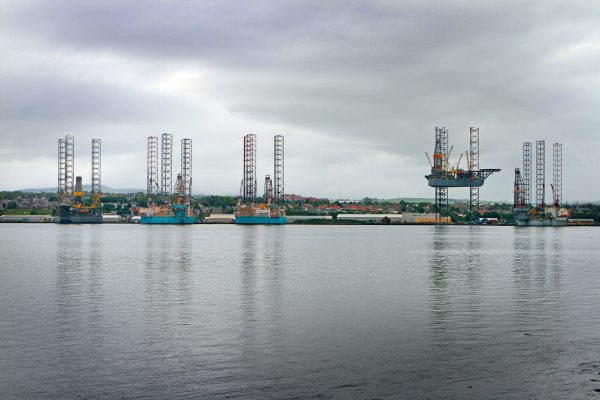 Interestingly, the Forth Ports in Scotland is privately owned but supported by pension funds and remains the nerve centre of their oil industry yielding high returns on investment through a lean and prudent management structure.

It provides integrated services to the oil industry with jack-up capabilities, waste management, North Sea support services, decommissioning as well as grain handling and the provision of open storage and laydown space.

The facility also has a berthing place for oil and gas with a depth of more than 9.5 metres and also pass as a skills development centre with relevant certification required by the industry.

The Forth Ports remains one of the largest revenue streams for Dundee, and fits perfectly into Ghana’s agenda of accelerated oil and gas capacity development.

Capitalizing on the opportunities

The lessons reinforced, in the convictions of delegation and industry managers, that the best preparation now for Ghana’s tomorrow is to ensure today’s work is greatly done so that when all the waters have receded, only the largest stones – sustainable linkages – will remain on the riverbed.

One of such people optimistic about Ghana’s steps is the Regional Manager in charge of Africa Zone of the Scottish Development International (SDI), Mr. Andrew Monaghan, who said Ghana’s success would largely depend on the willingness to capitalize on available opportunities.

He said when oil emerged in Scotland, the Scottish environment was already robust though many people did not have any insight on the industry. “However, when the opportunities presented itself, many players took advantage in a very small way and today they are giants in the industry.”

Commending the efforts of the Petroleum Commission and the sector ministry, he likened the Ghanaian situation to the Scottish, saying in those days no one waited to be told what to do for the industry. “We went forth to ask why are you flying in things we can do locally in Scotland, though with little state support,” he said.

He maintained that the Scottish Development International, just like the Petroleum Commission of Ghana, was very supportive of the industry in many positive ways and even though was not giving them financial support, helped build synergies, provided platforms for players to share experiences and technologies, as well as promoted links with academia all in its desire to grow the industry.

Today, he said, the space does not require revolutionary engineering but a constant improvement of pieces of engineering and a conscious effort to make it work.

Ghana’s steps through the Petroleum Commission to get closer to those who have brazed the trail of oil to build enduring economic systems, Mr. Monaghan said, would position the country stronger among its peers in the sub-region.

“In Scotland today, any company that wants to enter the space to compete in the supply chain would have a serious competition. This is so because whatever field you enter, there are three or four Scottish already ahead in those areas,” he said.

In the case of Ghana, he pointed that the story is different as even though the opportunities exist, Ghana does not manufacture many of the equipment needed, therefore, “the more missions here (abroad) and the alliances transformed into workable businesses, the stronger the supply to position Ghana as a hub in West Africa.”

Mr. Faibille Jnr. underscored the significant progress Ghana has made in establishing linkages between the petroleum sector and the rest of the economy thus securing the sector from becoming an enclave economy.

He presented the case of hundreds of indigenous companies registered with the Commission to provide various goods and services to the sector and linkages between over 50 companies from Ghana to Scottish businesses to firm up business ideas.

The capacity building programme, he said, would focus on building individuals’ technical, vocational, apprenticeship development and utilization capacities; with the essence of creating the platform for technical and vocational institutions to work with employers to develop relevant curricula.

The companies and various institutions visited expressed their willingness to partner and share experiences with Ghana in joint ventures and other areas of certification, environment, decommissioning and how to diversify the operations of the port to sustain itself.