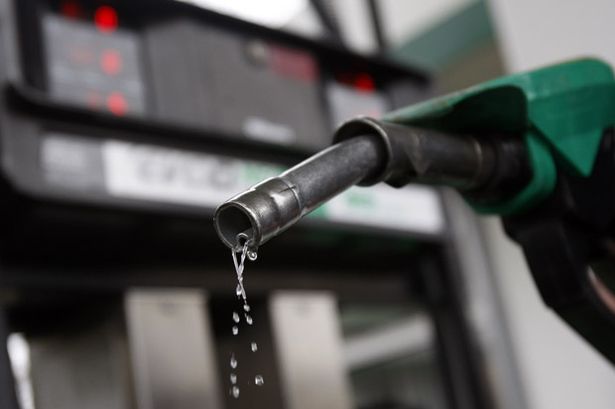 Fifty-seven oil marketing companies (OMCs) have been sanctioned by the Ghana Standards Authority (GSA) for engaging in various infractions detrimental to the interest of consumers.All the affected OMCs are in the Greater Accra Region.They were fined a total of GH¢261,000 for serving customers with lower volumes of fuel, using non-approved GSA seals and breaking GSA seals meant to stop cheating at the pum
The acting Director-General of the GSA, Prof. Alex Dodoo, told the Daily Graphic in an interview in Accra on Wednesday that the companies were sanctioned within a 12-month period.

He said the GSA undertook periodic checks on the operations of all OMCs across the country twice a year to ensure that they conformed to GSA standards.

Prof. Dodoo disclosed that 45 OMCs served their customers less fuel than the customers purchased and were accordingly fined GH¢5,000 each.

Ten other OMCs, he noted, used pumps not verified by the GSA, for which reason they were fined GH¢3,000 each.

According to him, two OMCs who were found to have broken nuzzles were also fined GH¢3,000 each for that infraction.

He said the OMCs were fined depending on the severity of their offences.

He said the GSA usually installed its seals on the nozzles of fuel pumps to ensure that consumers were not short-changed.

Prof. Dodoo declined to disclose the names of the sanctioned OMCs, with the explanation that majority of them were first-time offenders.

He, however, gave an assurance that the GSA would soon name and shame any OMC that repeated the named infractions.

Apart from naming and shaming, he noted, those which repeat the cited infractions would be dealt with in accordance with the law.

Prof. Dodoo assured the public that the GSA was working round the clock in a bid to safeguard the interest of consumers.

He disclosed that the authority was currently working on its report from its nationwide inspection of fuel pumps and would soon make its findings public.

“We wish to assure the public that they have the right to know the performance of OMCs. We will put out our findings in the public domain as soon as we are done with our inspection across the country,” he noted.

Responding to the GSA’s intervention, the Executive Secretary of the Chamber of Petroleum Consumers (COPEC), Mr Duncan Amoah, told the Daily Graphic: “It is refreshing that the authority is keeping to its mandate of ensuring that Ghanaians do get value for money in all aspects of our national lives, especially within the petroleum downstream.”

“The practice of some dealers adjusting pumps to cheat or under-deliver to the unsuspecting public is one that has recently gained prominence due to the greed of some of these dealers,” he said.

He said sometimes consumers did, indeed, get raw deals at the pumps, especially from some greedy but experienced pump attendants who under-delivered.

“This practice does not only rob the unsuspecting consumer of value for money but also goes to enrich the crooks engaged in this practice,” he stated.

He said the current fine of GH¢5,000 each was obviously not deterrent enough.

“COPEC intends to forward a communique to the GSA to drastically increase these fines by at least 100 per cent to further deter others from engaging in this practice. We are also going to recommend custodial sentences for dealers found to be engaged in this act,” Mr Amoah said