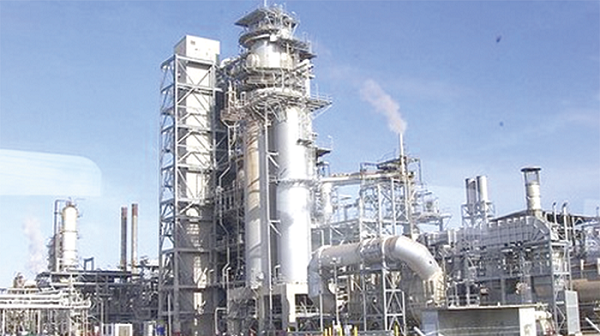 The government is seeking US$50 billion private investments to develop and position the country as a petroleum hub for refined petroleum products for the West Africa sub region.

The intention, which is one of the government’s strategic pillars to transform the economy, is expected to be built in three phases over a period of between 10 and 15 years.

Speaking to the GRAPHIC BUSINESS on the sidelines of a roundtable discussion on oil and gas, the Manager of Local Content at the Petroleum Commission, Mr Kwadwo Asare Kyei, said the Commission was working towards the creation of an enabling environment that would attract private companies to invest in the government’s petroleum hub initiative.

“We want to facilitate and create an environment that will ensure these companies come in and get this project done,” he stated.

“This is going to be largely private sector driven because the government does not have the immediate capital to execute this project,” he added.

About the petroleum hub

The government recently announced its vision of creating a petroleum hub that would help grow the country’s GDP by 70 per cent by 2038 and provide about a million jobs.

Although the project is still under discussion, it is anticipated that the hub will be built in the Western Region of Ghana at a location that has the ideal environment and a single candidate land that can hold the planned infrastructure and activities, estimated to cover 20,000 acres.

The hub is to house four refineries with total capacity of 600,000 barrels per stream day (bpsd) and will ultimately hold and redistribute 50 per cent of the West African consumption of petroleum products which is about 30million metric tonnes per annum.

According to the Ministry of Energy’s Petroleum Hub Task Force, The West African sub-region requires about 850,000 barrels of refined fuels per day to meet its needs.

This translates into a yearly consumption of about 30 million metric tons.

West Africa’s fuel market growth rate is estimated at four per cent yearly. Currently, the total refinery capacity (four refineries) in the region is estimated as 500,000 barrels per day leaving a shortfall gap of 350,000 barrels which is closed by import of refined products.

The proposed petroleum hub is therefore meant to close this importation gap.

Nigeria’s bid to also become a petroleum hub in the sub region received a boost following Aliko Dangote’s plan to build a refinery with a capacity of producing 650,000 barrels of crude a day.

On how Ghana will compete or collaborate with Nigeria, the Country Manager of Sahara Group, Mr Tosin Etomi, contributing to the panel discussion said there was much business in the region than both Ghana and Nigeria could potentially provide.

“There must be however be collaboration so that we don’t re invent and produce the same things,” he stated.

“Dangote has been working on this refinery for a while so we know it’s here to stay but that shouldn’t stop the drive of Ghana to be the petroleum hub in the sub region.

There are complexities that are peculiar to the two countries,” he added.

He believed there was a huge market for both countries as the continent still relied on huge imports from Europe and America.

“Ghana together with Nigeria can both build the capacity to serve the region. We need to form synergies and take advantage of the huge market and recue the reliance on imported products,” he explained. — GB